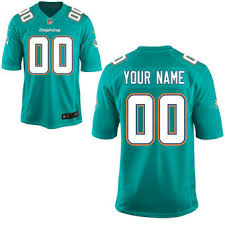 
I’m tired of answering the same annoying question, the one I find myself answering whenever making small talk with strangers on a plane.

This time, however, I was leaving a conference stage when “the question” was posed to me. I had just finished reading aloud a controversial article I had written for HuffPost when an older gentleman from the audience pulled me to the side of the stage and said, “I enjoyed your speech and noticed in your bio you not only write about Baltimore, you’re from Baltimore, too.”

“I know the area well. I worked for a brief period in Mount Vernon,” he said.

“What part of Baltimore are you from?”

“I’m from Park Heights and Guilford.” It’s the question every newcomer asks a Baltimore native in a quick attempt to form an opinion about them, but it’s not the question I hate.

“And you live there now? You’re raising your family in Baltimore?”

There it is! The “you really live and raise a family in Baltimore?” question that more times than not is accompanied with a look of puzzled astonishment.

“Thank you so much for attending my session. If you’ll excuse me, I have to head back to the media room. Take care!”

Baltimore is home to an impressive number of actors, scientists, professors, physicians, business professionals (I could go on and on), many of whom were also born and raised here. I’m sure they, too, feel a chill down their spines whenever someone incredulously asks, “You’re from Baltimore?” Or, “You’re raising children in Baltimore?”

Those of us born and raised here are so full of confident humility. We have to be: We must constantly (and steadfastly) guard this city’s character at all costs from skeptical transients and the outside world.

Though it’s confusing to outsiders, including the man who approached me after my session, I’m a product of this entire city. Thanks to nurturing neighbors in Park Heights who encouraged me to perfect my writing skills over summer breaks from school, I now write for national publications. And decades ago, LGBT friends in Mount Vernon taught me always to stand up for what’s right. Now, there are many political commentators and alt-right supporters who can’t stand it when I open my mouth. I consult with companies about marketing to millennials, this country’s most diverse generation ever. So, why wouldn’t I want to live in a city that has always had a strong diverse community?

You see, my foundation here has helped — and continues to help — me thrive.

We can’t put all the blame for our image on “The Wire” and the national media; the flaws in our city are real and have been well-documented. “There is no integrity without its flaws,” English journalist/novelist William Godwin wrote. For its thousands of flaws, Baltimore has also silently strengthened our integrity. And it’s because of this integrity that I not only remain a Baltimore resident, I also raise a family here. This is the best place for me and my children.

I have been approached by executives from large companies, encouraging me to leave Baltimore for “better opportunities” in millennial-crowded cities such as San Francisco.

I want to raise my children in an environment identical to the world we live in today: occasionally flawed and divided, but more often genuine, straightforward and sustainable. I respect and have faith in Baltimore despite its issues. It’s instilled in me the belief to look beyond the possibilities currently presented and the realization that nothing is handed to the successful. That may sound like backhanded compliments for my beloved hometown; in fact, this thinking inspired me to break barriers and create my own options.

Consider, too, my educational journey: I graduated from Grace and St. Peters School, but I also attended Robert W. Coleman Elementary, a city public school yards away from the stage of the 2015 Baltimore protests. Robert W. Coleman has always been at the forefront of progressive education, testing year-round education in the ’90s and, more recently, meditation in school as opposed to detention.

There are others who taught me. I learned charm from a Lexington Market vendor who would sneak me an extra hot dog on Saturday mornings. I learned to be perceptive from the watchful residents of Latrobe Homes who made sure no one bothered me whenever I rode the MTA home from high school. I copied the negotiation tactics from Harbor East CEOs. Everyone in this city has made me resilient, cunning and street smart.

That’s what’s amazing about Baltimore and why I continue to live and raise children here. It’s why I’ll continue protecting and defending it. Like our hundreds of neighborhoods, our flaws and our integrity interweave. Together, they create options. They create life lessons.

They create the greatest city in America.

What I Learned from Cancer … And Wigs